10 personal lessons 5 years of marriage have taught me (3) 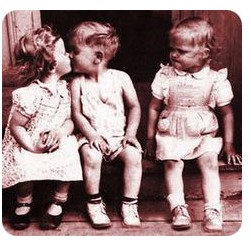 This is the 3rd instalment in this series and without further ado I’ll delve in.

3. Don’t ever compare your marriage to other marriages, the grass is NOT greener on the other side.

The closer I got to the couples I admired, the more I saw the flaws and that at the end of the day they were just as human as the next guy and probably just a bit better at packaging. Yes some couples are to be admired- for their core values, resilience and ability to make sacrifices and create a home front far removed from the ills and stereotypes of society. Those I would emulate but without the added pressure of comparisons!

You can adopt a solution without constantly highlighting your marital problems! A child who is constantly compared to his peers becomes dysfunctional. If he is constantly better then he gets overconfident and eventually puts in less effort and the one who constantly falls short becomes competitive, vengeful, discouraged and may even stop trying. Why do you think haters are always trying to expose the truth and weaknesses in seemingly perfect people/couples? I learned my marriage was like a child and it would be awful to not love it absolutely for its strengths and weaknesses and its ultimate uniqueness.

I married a man who would eat whatever food I cooked for him, no extra demands whatsoever but it would be foolhardy to compare my marriage to that of my friend’s whose husband was constantly calling her from the office to place orders for all manner of exotic cuisine. Marriages are as different as fingerprints differ. Or comparing my home to a friend’s always impeccable one only to realize after months of doing ‘extra’ that she codedly had a cleaning lady come into her home to perform magic.

You are allowed to make your life as easy as you both would allow, anyone who judges you based on that would do better to mind their own business!

So if you are comparing your ability to wash all your clothes three times a day to another woman’s ability to pay a help to do it or purchase a washing machine, you should know that you win no trophies for that, you both get the job done and her apparent weaknesses may not necessarily mirror your strengths because her extra time may be well spent doing other activities that would greatly benefit her marriage.

There are so many basis for comparison and they are all very dangerous for your marriage. Your man may be a sex machine but score an F where romance is concerned or he may be quite stingy with finances but very generous with affection. We humans are built to hide our weaknesses and showcase our strengths and social media has made that so easy to do. So if you are comparing your marriage to another, remember you are definitely not seeing the full picture and just because a couple doesn’t air their dirty linen in public or on social media doesn’t mean they are perfect.

I learned early enough that comparing my marriage to others would only wear me and hubby down because it’s too much work keeping up with the Joneses, also the more you compare the more you ignore your strengths and trivialize your blessings. Don’t wear your marriage thin trying to live up to a façade. No wonder some fans are so distraught and take it so personal when celebrity marriages break up. It’s not your marriage and the celebrities never claimed their marriages were perfect.

I knew a woman who would fight her hubby every time she came to my house because she wanted for example, the new blinds I had gotten or the type of dining table I had. I always cringed because her husband was a good man and a great provider and it wasn’t just embarrassing and ego deflating for him, it also showed her level of discontentment despite her many other blessings. I will confess that like most women, I have given my hubby grief about one or two things that stemmed from comparisons but I have learned in the last five years that many times I had more things to be grateful for than the one thing that we seemed to be lacking.

So in a nutshell,

Don’t compare your marriage to any one’s. If you like what they have you are allowed to emulate without comparing because comparison breeds discontentment and discouragement and wears your marriage down. Remember everyone showcases their strengths!

Have a lovely Saturday chutzpah fam,

Posted by Neetah on July 15, 2017 in Inspirational