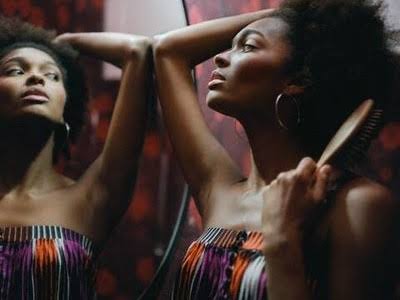 Oh how she mocks me! A wry grin crosses her face as she hears me chirp away with bubbly optimism. She scoffs at the girly giggles and the feigned interest. She closes her eyes as the boredom of plans which will never reach fruition engulfs her. There’s only so much she can take after all. She taps her foot impatiently as the last one leaves, scowling at the lingering goodbyes. And then when I’m finally alone, she breathes a sigh of relief and another door as if on cue opens up into the only reality she is comfortable with.

“Why do you subject yourself to such agony?” She asks.

“But they are so insensitive and ask the most annoying questions and all they ever really do think about is themselves and what they can get from you.” She states matter of factly.

She isn’t wrong. Just the other day she’d helped bind my wounds from yet another careless word.

“Are you tired of playing nurse?” I challenge.

“Don’t be stupid! When you hurt I hurt, when it stings, I sting and even longer than you do if I may add. This is purely a matter of self-preservation”.

I am quiet this time. She does have a point. When I’m with her, I’m happy. She isn’t my captor, well not technically and she does allow me a few meaningful social interactions. It’s all for my good she says and so most of the time I let her lead.

“Don’t give people the opportunity to hurt you” She continues.

“But I can’t lock them out. I miss social events that you think would be a burden, I let the phone ring out sometimes without answering because you don’t think I need the interference. I keep so many people at arm’s length. If I did any more than that I’d be a sociopath”.

My last remark makes me shudder. Where did the happy go lucky girl who saw good in everything and everyone go?

“Don’t make this sound weird. Those people are poison. They spew negativity every chance they get. What have they done for you lately? You give and give till there’s no more of you left and still they ask. You have nothing to prove. You score no points for being the social butterfly not with a broken wing.”

I wince at her last words. I do have a broken wing. They see it. They pretend not to notice or notice fleetingly and give me a cheer or two before promptly forgetting the uncomfortable sight. They attribute my victories to overcompensation. They consider my handicap as grounds for many a favor. She can’t fly because her wing is broken so she wouldn’t mind spending time on land helping us with some more trivialities. My broken wing has become my identity. Almost half a decade and I can’t shake it off. I wish it wasn’t so. I wish people genuinely cared. I wish they didn’t give me pity; empathy I could stand but sympathy sickens me. It’s a wing…only a wing. I have learned to run like a cheetah, hop like a kangaroo, climb like a monkey and exist to the fullest while waiting for the promise of wholeness. I do more than exist, I’m doing just fine…but yet they make it seem like it all amounts to nothing…

“And that’s why you don’t need these negative people around you. These constant reminders of what you lack. These situations that make waiting all the more harder to do!”

She smiles. Her work is done.

I grab my phone and watch the next episode of Doctor Who. She is always there, like the doctor; waiting, ready to step in when I get too involved. She calls herself  the aloofness the people don’t understand. I call her the introvert within…